The "Write" Process:  Stephenie Meyer and the Birth of a Cultural Phenomenon 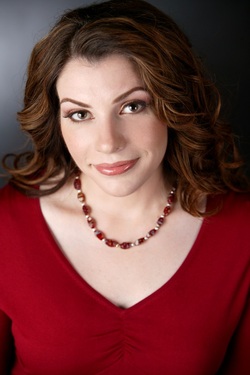 Stephenie Meyer, author of the best-selling Twilight series, has become a household name with the release of her fourth book, Breaking Dawn, and the movie adaptation of Twilight.  It may come as a surprise then to her fans that she never had any intention of becoming a writer.

Stephenie is originally from Arizona and was part of a "Brady" family, with three girls and three boys.  She worked hard in all the craziness to keep up her grades, and she spent much of her time reading.  In high school, she won the National Merit Scholarship, and used the money to pay her way to Brigham Young University in Utah.  While there, she majored in English Literature because, as she says in her biography, if you're going to read anyway, why not get class credit for it?

She graduated with honors and got married not long after.  Stephenie wrote stories during this time, but she never finished any of them.  Once she gave birth to her first child, Gabe, she stopped writing altogether.  Stephenie felt her place was with her family, and her new baby kept her busy.  She later had two more sons, Seth and Eli, each two years apart.

On June 2nd, 2003, Stephenie woke up from a very vivid dream about a beautiful girl and a sparkly man lying in a field discussing how they had romantic feelings for one another, but the man was a vampire who was particularly drawn to the scent of the girl's blood, and that would, necessarily, complicate their relationship.  Twilight fans will recognize this scene from the middle of the book:  "and so, the lion fell in love with the lamb."  Stephenie couldn't get that image out of her head, so she got up and wrote it all down.  The more she wrote, the more attached she grew to her characters.  It was the first time in more than six years Stephenie had tried to write, and she couldn't stop.

Stephenie writes at night because she is kept busy during the day with her children, two of whom were still under the age of three.  She is inspired by the writing of many of the women highlighted on this website, including Charlotte Bronte and Louisa May Alcott. Stehpenie also writes with music playing in the background, and she credits many of the bands, like Linkin Park, U2, and The All American Rejects, with inspiration for many of her ideas for the plot.

Stephenie started writing with the dream she had, which was the middle of the book, and then wrote through to the end before turning to the beginning of the story and writing toward the middle again.  She wrote feverishly, often only allowing herself a few hours of sleep each night.  Most nights when she climbed into bed for the night, she'd suddenly have another thought and jump up to go write it down.  She eventually gave up and kept a journal by her bed to record her thoughts so she could get some sleep.  By the end of that August, three months later, however, all her work paid off; she finally finished her first book, Twilight.

Stephenie mailed the manuscript to her sister, who encouraged her to get it published.  She sent copies to several independent publishing firms before anyone seemed interested.  Finally, an assistant at Writers House found the manuscript and took it home to read.  The next day, she begged the book editor to approve it.  The company agreed, and the rest is history.  Twilight very quickly rose to the top of the best seller list, and Stephenie started writing the sequel.

Fast forward to 2008, and you find crowds of excited fans attending release parties for the midnight releases on both her fourth book, Breaking Dawn, and her movie adaptation of the first book.  In fact, just prior to the release of the movie and final book, an overly enthusiastic fan released a copy of the unfinished manuscript of her next book, Midnight Sun, on the internet for everyone to read.  Stephenie was horrified and stopped working on the book in frustration.  In a time where midnight releases are generally reserved for movies, and kids are reading websites and not books, the millions of fans waiting for a copy of Breaking Dawn (or stealing a copy of Midnight Sun) show how much of an influence Stephenie has had on the reading habits of young readers.

For more info, and details on her upcoming books, check out her website:  http://www.stepheniemeyer.com